January 14, 2017
Saturday should be the time I do a battle report, but what with term just starting the club hasn't actually done any significant 40K or even X-Wing since we've been back.

In my defense, I like to think of it as inspiring the nerds of tomorrow.

Anyway, since the match was called due to linemen and Black Orks flying across the room I'll talk about the reveal on Warhammer Community yesterday.

Duncan of Warhammer TV fame showed a brief tutorial on how to paint a Gyrinx. I had no idea what this was, and had to go digging for information in the Black Library. It's essentially the Eldar equivalent of a spell familiar. The first proper mention I can find is from White Dwarf 105: 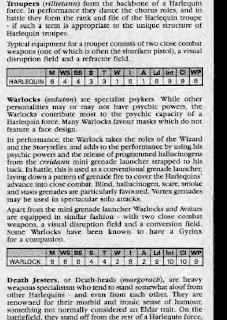 It seems to be about the same time as when the Eldar first appeared as a bunch of Harlequins. If you can get your hands on a copy of this particular White Dwarf, you're going to find it very rewarding, Not only does it have the origin of the Eldar, but also a great deal on the early Space Marines... including a section on the Land Raider!

It's worth mentioning that other sources of information on the Gyrinx say it had ginger or orange first, but I guess blue is more alien.

So we now know what a Gyrinx is, and what relation it has to Eldar. The next piece of this puzzle is the Rumour Engine posts on Warhammer Community:

Gyrinx tail. So let's look at the other pieces of unexplained images:


Now granted these images could have nothing to do with each other, but a lot of the speculation is leading towards a new Eldar model. Some are hopeful for new Exodites. Whilst I'd be the first to buy any and all new dinosaur riding elves in the space with crossbow blasters, I think we're going to have to be a little more conservative in our own predictions.

Here's three candidates for the images above: 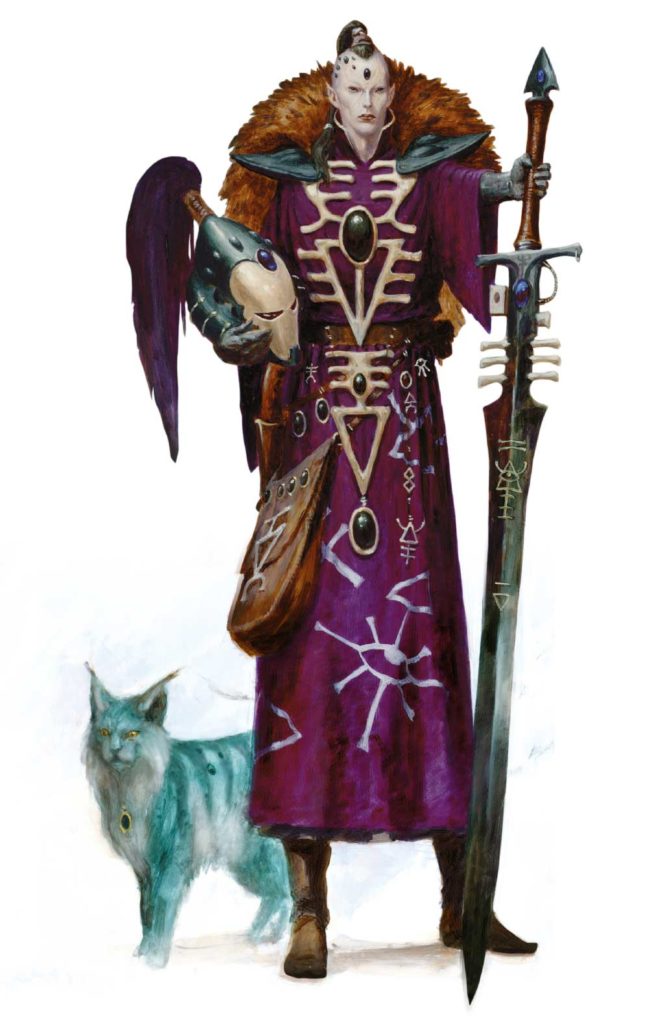 As taken from the Warhammer TV Friday 13th page. Purple robes match the above, as does Gyrinx model. However, a single Eldar wouldn't usually warrant a big oval base. The only time that's been done for an infantry model was the Age of Sigmar Chaos lord, with his beastly hell hound. This Eldar is not terribly impressive either, just looking like an average warlock. 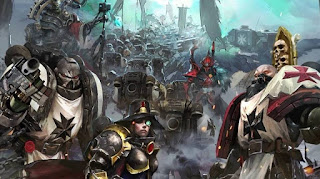 That Dark Eldar looking chappie in the back ground with the matching blue fur. Could very well be an Eldar seer, with his kitty just rubbing up to Black Templar legs so we can't see.

And finally we have this guy: 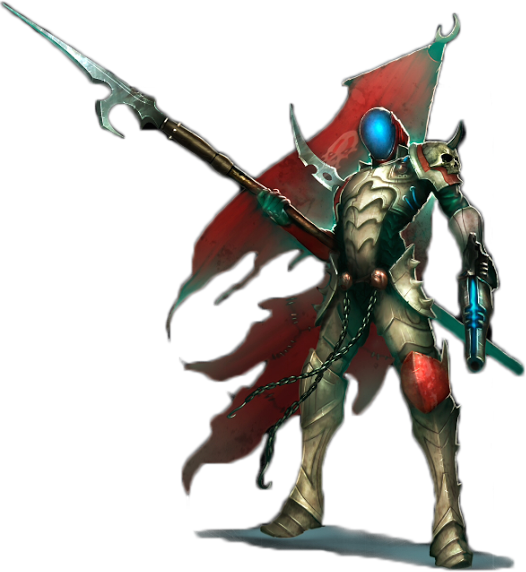 The link here is the shape of the pole-arm. This is Vraesque Malidrach, Archon of the Kabal of The Flayed Skull (and winner of the most irritating name to spell in 40K award). There's nothing actually linking this chap to any of the above though, apart from being an Eldar albeit the Dark version. His kabal are famous for jet bikes and planes more than anything else, himself being a lowly Reaver that wound up as the head of a kabal second in military might only to Vect.

So we'll see. It's most likely that the new model will just be the Shadowseer we saw in Fall of Cadia. We may also be getting an Eldar Triumverate.

Right now there's too much in the air, and with the plot somewhat moving on in the 40K universe, we can't really be certain about what will happen.

At this point we need to wait for another piece of information. We can narrow down the mystery to Eldar, and that alone has me all excited! Whether it be Harlequin, Craftworkd, Dark, Exodite or Corsair, I love me them knife eared space elves, and can't wait to see what will happen in the future!

If you really love what I do here, you can make a one off donation at my PayPal, or become a true hero to table top education and make a regular donation to my Patreon. Every Little helps!
Aeldar/Eldar Fluff Review Warhammer 40K