Marketing: Getting it right

January 20, 2017
I feel like I've passed a milestone, having had my first Twitter spat on social media! No hard feelings @Warhammer AoS, we're all just nerds bickering over plastic soldiers (or in this case an accessory to a plastic soldier!).


However, it might be that some people think I'm being too harsh on the Games Workshop Marketing team... which is odd considering how much praise I've heaped on them since I started writing.


Either way, it's perhaps best I show you what good marketing is, so you can see the difference (with an apparently necessary caveat that you should not take professional marketing advice from a Physics teacher's table top gaming blog).  Paid post will go up tomorrow, with a scenario based on attacking an army's camp. 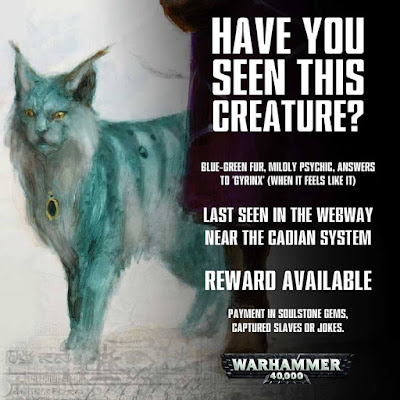 This was uploaded to the Warhammer 40K Facebook page, about a day after the pistol went up on the Rumour Engine.


So, why is this any better than the pistol? It drops new information. The line there at the end for the reward (Payment in Soulstone Gems, Captured Slaves or Jokes), gives us an interesting piece for the puzzle. Right now everyone is predicting Eldar ally formations, and the evidence quite rightly supports that.


Giving us a sliver of information allows speculation to run rampant. You may recall 'industry experts' talking about possible Sisters of Battle/Black Templar combined detachments before Fall of Cadia was released based on these little snippets. They proved to be wrong, and the actual formations were more of an Imperial All Stars list. But they sparked imaginations with little details.


It somewhat unfair though, as this is the latest in a chain of pictures, so context has already been set. It also has a reference to Cadia, and thus Fall of Cadia, with the clear implication that this has to do with the follow up to that story.


But remember that this Riddle of The Gyrinx started off with a rumour engine picture as well: 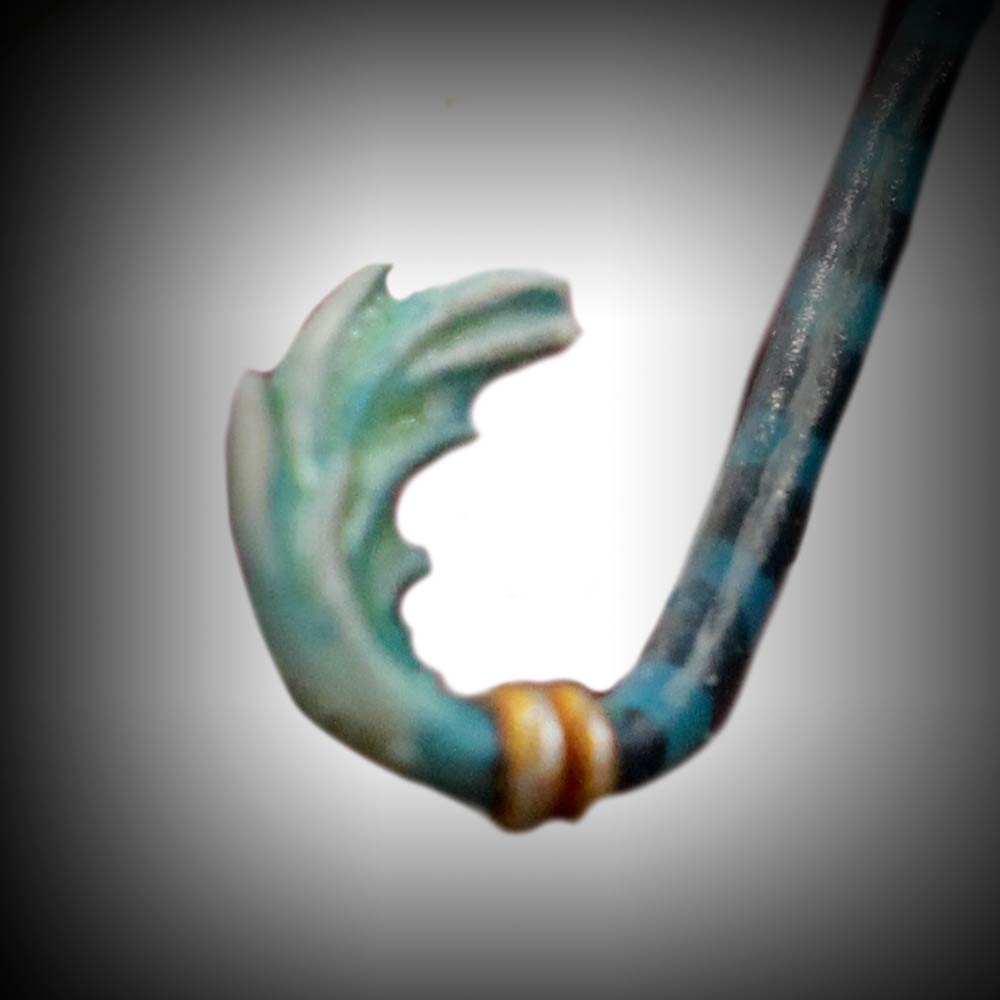 The difference between this tail and the pistol, is that the tail is distinctive, with a colour scheme. We can start narrowing down options, and speculation can start.


Or how about this one, from when the rumour engine started: 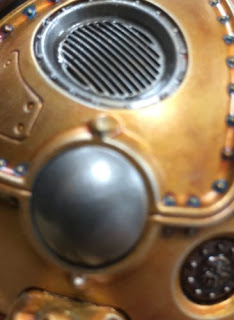 
But the features were unique, and shared imagery with all kinds of things. People interpreted it in many ways, and in fact I made  comment myself hoping it was a return of the Squats as it looked like more futuristic dwarven technology. The key here is that there were hints to follow in the design. And speaking of keys: 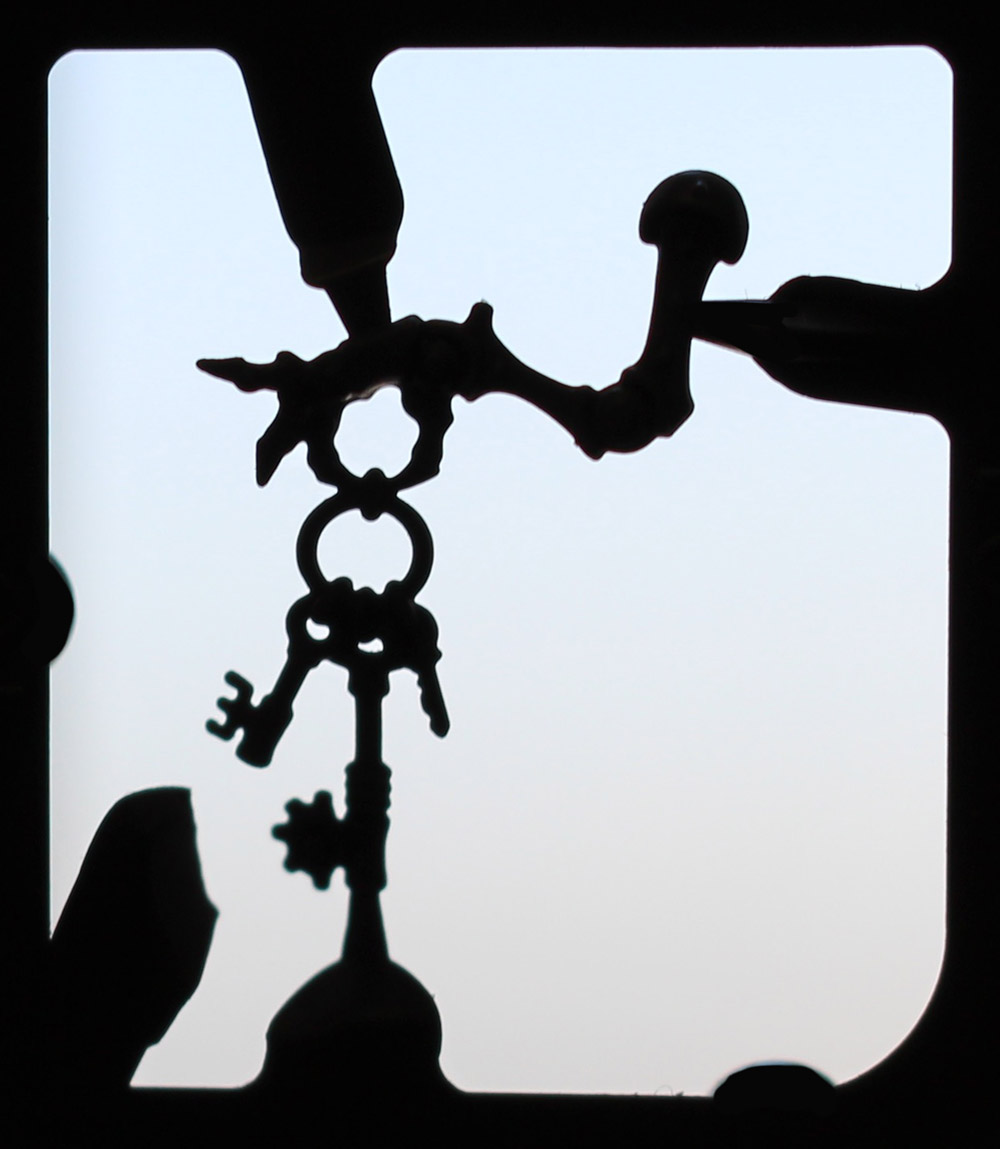 See how much character that has in a small piece? Unique shape, hand pose and symbolism in the object.

The reply made by @Warhammer AoS, is that the pistol picture is good marketing because now we're discussing it. But all the discussions lead in dead ends. There's no thread to follow beyond a model having a pistol... but who doesn't in 40K? When a clue can lead to anything, it leads to nothing.


However, as I am a teacher of Science, I'm going to follow up the leads he's suggested. I'll check some Dwarven firearms from Age of Sigmar, and see if there's any links that can be made. I'm also, at the time of writing, awaiting evidence of an incoming Duardin release for Age of Sigmar. When I get some tips, I'll run another Riddle of the Gyrinx post putting together all the different bits of evidence.


As a personal message to

If you really love what I do here, you can make a one off donation at my PayPal, or become a true hero to table top education and make a regular donation to my Patreon. Every Little helps!
Blog Analysis Review