X-Wings of Commorragh: Inside the box 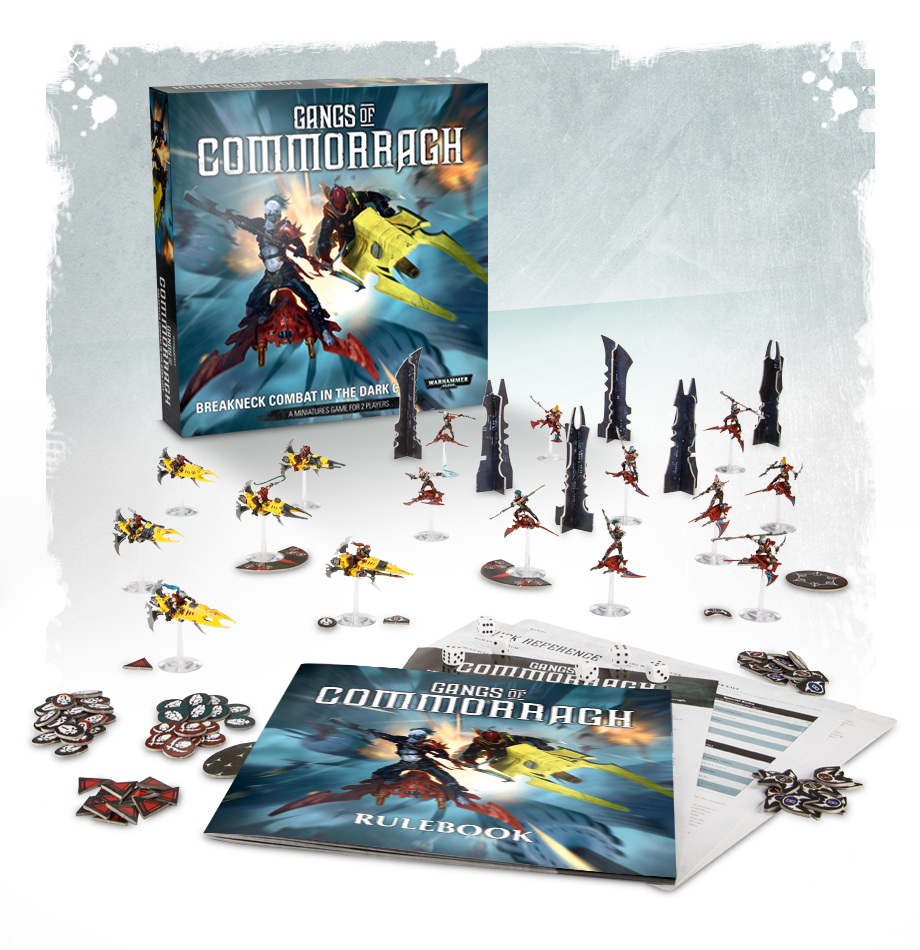 Wharhammer Community has released a few really good pictures about the contents of Gangs of Commorragh.

So it's not the sprawling industrial complex of Necromunda, or the Mad Maxian desert environment of Gorkamorka. The cardboard pieces are not hugely inspiring from the picture above, but I'm not going to judge yet. X-Wing Miniatures game only has a few potato shaped bits of asteroid terrain in it, and that hasn;t stopped it from being a grand success.

Speaking of X-Wing, this is the overall vibe I get from this particular box set. It may just be the cardboard tokens and what appear to be arc templates, but it looks like a true skirmish game. We'll have to wait and see about the narrative game play structure, but the Community page alludes to growing stats and things.

It's going to be interesting to see if Games Workshop is dipping into the X-Wing style of play. X-Wing has somewhat of an infinite expansion to it's current setting, with older Y-Wings rubbing shoulders with T-70 X-wings. It's going to be hard to justify other races turning up in Gangs of Commorragh in a similar way. We'll have to wait and see what they have planned for expansions, or if it will just be a one hit, try the mechanics kind of thing.

Super wild speculation mode: Space Marines get everywhere in 40K. Could it be that a certain Primarch would re-appear in this particular niche game setting before his triumphant return back to 40K?!

No, probably not, but school kicks off again tomorrow, and I'd like a little ray of sunshine when I force myself out of bed tomorrow morning.

If you're wondering why I don't sound enthusiastic for school starting again; Warhammer Club doesn't start until next week.

If you really love what I do here, you can make a one off donation at my PayPal, or become a true hero to table top education and make a regular donation to my Patreon. Every Little helps!
gorkamorka necromunda warhammer40K WarhammerCommunity warmongers