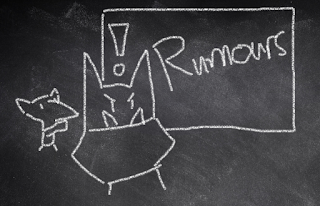 All right, so this popped up on a forum. Thank you Indefragable for giving me a good excuse to put off marking my books!
We've been getting rumours of an 8th Edition for 40K being in development for a while now, and this is quite possibly the juiciest bit of internet gossip for it. However, the caveat remains that this is not a serious piece of journalism, and can be easily equated to "What Mick said down at the pub."
First a summary of the main points:

Now for some over-analysis!

The release date somewhat falls in line with other rumours about release dates for 8th Edition, and there's further evidence of the rules simplifying down. Now this isn't extra evidence, more of an echo of what we have already. Don't build your armies to it, but it may be the excuse you need to collect the lower tier armies you've been holding back on because thy aren't powerful enough.

Don't worry, I'm not going to judge you for choosing based on meta. We put a lot of effort into our models, and choosing an army you know is going to cost you money, time and pride in equal measure is a hard thing to do.

The rules simplification will be a welcome change in my opinion. I doubt anyone will fight too hard over the Strikedown rule, and frankly a brick thick rule book is a turn-off for all but the beardiest of nerds. I remember worrying when Death from the Skies came out, as it added an extra layer of complexity over already uniquely ruled units and models.

So long as we don't have the silly rules that accompanied the release of Age of Sigmar, they should be well received.... especially if they get released alongside plastic Sisters of Battle.

I remember well when they were first released, and just how popular they were. I remember my young neophyte self being annoyed I got into orks and not the Bolter Babes. My adolescent brain simply detonated at the very idea of nuns with guns, and I followed them religiously (somewhat ironically).

But lets not let nostalgia cloud our judgment.

Whilst the description given could very well be Sisters of Battle, which would certainly appease the older player base unwillingly to let go of their old style rules, it could well mean... well...

Brace yourself for Heresy.

... Female Space Marines *BLAM*
Ok, I know it's not supported in the fluff, but remember that Stormcast Eternals came from nowhere as well. Just be prepared. Companies these days would just love to open up the handbag of the female market.

However, Sisters of Battle would make more sense, and trying to get that much change in one box set would be Age of Sigmar levels of catastrophe.

The xenos race could very well be Dark Eldar. I don't know why Sisters would be hunting them down, being more into burning heretics, but there have been stranger match ups before. Dark Eldar were also the enemy force in the old 3rd edition starter kit, so again using nostalgia to smooth over the rough transition.

As to why Sisters are hunting them, well I have a little scenario where this could work. To go along with the idea of Age of Sigmarificaition, Games Workshop may be willing to move along the plot. For Sisters to be actively pursuing Dark Eldar, they'd need an entry way into the Dark Eldar lair; the Webway.

There happens to be a webway portal on Terra.

The Emperor himself happens to be siting on it.

We could very well see the stabilisation of the Golden Throne.

Let the implications of that sink in.

On the other hand, this is pure conjecture, and at the extreme end of possible outcomes. Another candidate for the xenos race could just be Genestealer Cults. It would neatly follow their introduction this year, and provide the good old horde race to the Sisters few and elite, a pattern we see repeated in starter kits again and again.

A wise man looks upon all great events and has but one response; We'll see. In any of the above cases, it looks like 2017 will be a good year for table top gaming.


If you liked what you saw, and you want to help out, please visit and donate at my Patreon. Every Little helps!
ageofsigmar rumours warhammer warhammer40K